The Waikikian - The End

December 1996, Hawaii's Most Beautiful Hotel shut it's doors for good. The Waikikian delighted Hawaiian bound tourists for 40 years and was the most exotic hotel in Waikiki. There was nothing else like it in Hawaii. Those who traveled to Hawaii and stayed at the Waikikian got to experience a true Hawaiian Holiday!

I first visited Waikiki in March 1997 and missed my opportunity to explore the Waikikian Hotel by 3 months. I did however make the trek to the property to see the structures. A chain link fence had been put up around the property, but the buildings were still standing. The hotel's gift shop (pictured behind the limo in the pic below), long since converted into an ABC store (Hawaiian version of 7-11) was still open. So I went in, looked around and bought a Coke. I'm glad I got to experience a very small slice of the Waikikian and see the buildings in person before the end. 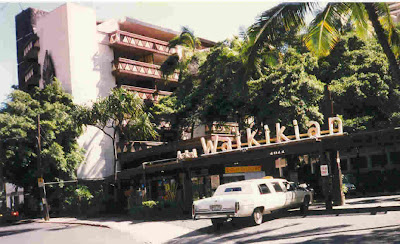 This picture is similar to the state of the Waikikian when I got there in 1997, except there was a fence in place.

The extreme irony of this story is that two significant tiki events occurred in 1996. The Waikikian closed in December, echoing the end of the Polynesian Pop era in Waikiki. But over on the mainland, Kevin Kidney and Jody Daily's 'Tiki - Native Drums in the Orange Grove' was on exhibit from July to Sept. of the same year at the Anaheim History Museum in Orange County, California. Kevin and Jody's exhibit was one of key factors that kicked off the rebirth of Polynesian Pop Culture in the mid 1990's. 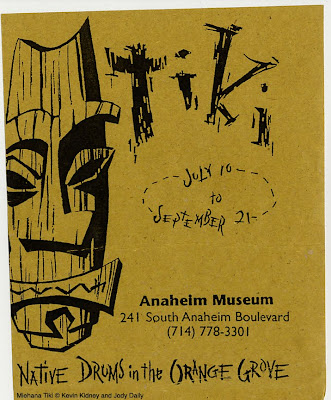 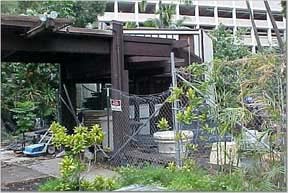 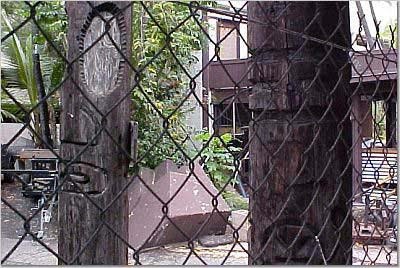 In January, 1997 an auction was held on-site at the Tahitian Lanai to sell off Waikikian items. 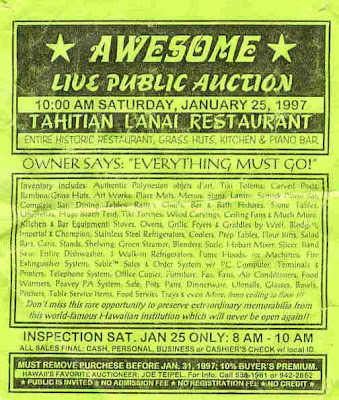 1964 - Standing in front of the Ilikai Hotel (next to the Waikikan) looking back at this beautiful example of tiki architecture. The tiki tower on the right and the Ravi Lobby with the 'hyperbolic parabolid' roof on the right.

2008 - Exact same spot looking back at the Waikikian. This is an architect's rendering of the new development. The Waikikian property was purchased by the adjacent Hilton Hawaiian Resort and razed to make way for this 3rd tower that was added to the Hilton property. The Hilton named this building 'The Waikikian Tower' in tribute. If you ask me, I think that is more of an insult than a tribute. 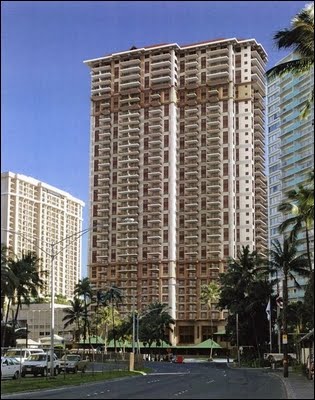 Posted by ZuluMagoo at 6:55 PM