About a year ago, I was enjoying an exotic cocktail in the lounge of the Trader Vic's in Scottsdale, Arizona waiting to meet a friend of mine, Mr. Dewey Webb, to talk about the history of tiki in Phoenix. We chatted for a while about tiki establishments long gone from the Valley of the Sun like the Islands Restaurant, The Samoan Village and Kon Tiki Motels, the original Trader Vic's location in Scottsdale, etc. Then he shared with me a copy of an original sales brochure for a Hawaiian inspired resdential neighborhood on the west side of Phoenix called Sands West. I asked where he found such a rare item and he told me that his family had kept it from when they originally bought a house in Sands West. 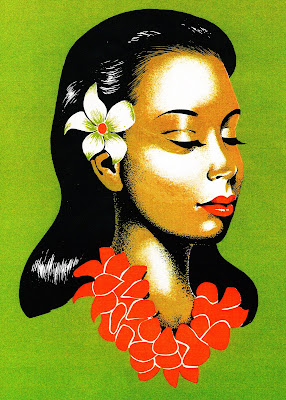 Inside cover of the sales brochure 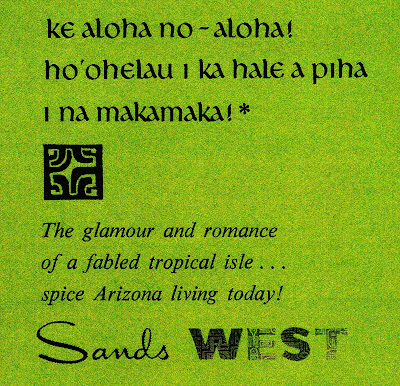 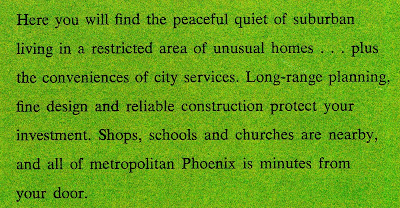 Sands West was built in 1961 and was a big hit. So much so, that just a few years later in 1965, a second Hawaiian themed neighborhood was built just 10 blocks west of Sands West, called Sands Oasis (that's a topic for a follow-up post). 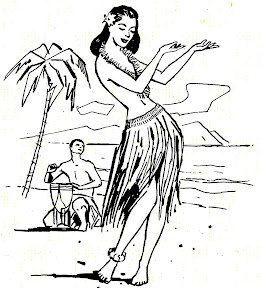 I love that the sales and marketing staff came up with Kumuanahanahana - the Phoenix Tiki God of Air Conditioning!

The brochure also had plans for three of the models to be constructed in the development, including: 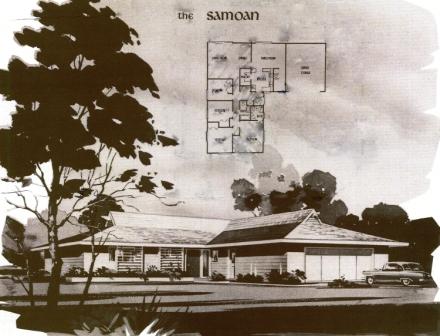 The Devonshire (everything about the brochure is Polynesian themed, henece the odd choice for the name of this model???) 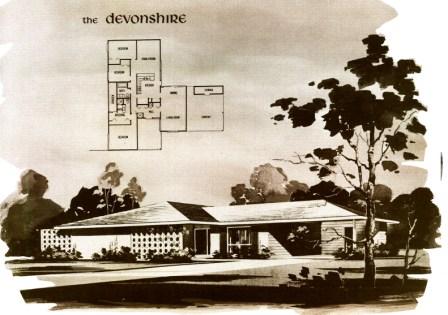 I've since been out to explore Sands West and most of the homes are in need of some TLC. However, there are still a few select home owners that have not cut off all of the outrigger beams or modified the house beyond their original Phoneix Polynesian design. 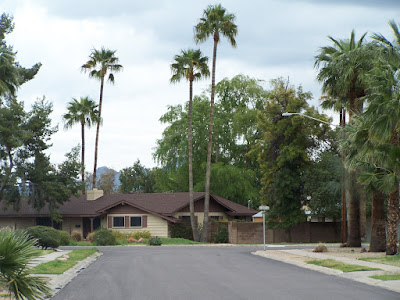 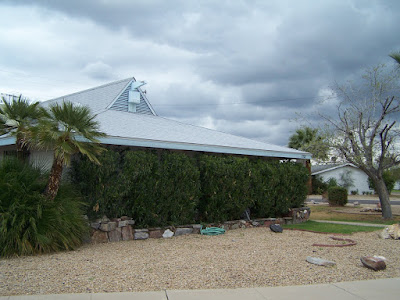 Roof details on The Hawaiian Model 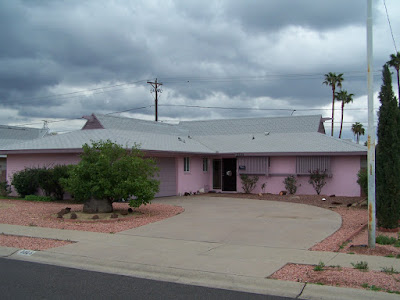 The Hawaiian Model decked out in Pepto pink with light purple trim (OUCH!) 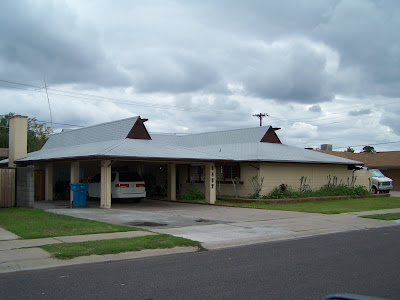 The Samoan Model with a carport roof added 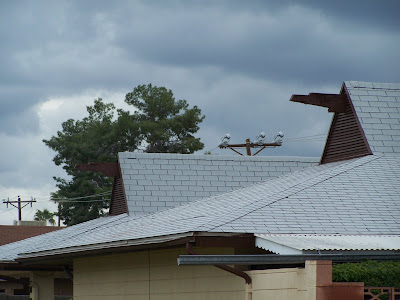 
If you want to explore Sands West for yourself, the neighborhood is located between 32nd / 35th Ave and Northern Ave / Belmont Ave.

Part 2 of the story is continued in this post about the nearby Sands Oasis development.
Posted by ZuluMagoo at 4:33 PM